Nancy Tucker devised a fiendish system of plastic bags and shorts with removable weights. All her energy was spent on putting together clever schemes to deceive her friends and family, teachers and doctors. Day after day, she didn’t eat a thing.

Tucker’s memoir The Time In Between is a painful yet artful account of the throes of anorexia, and later, bulimia. Painful is the right word because when Tucker describes a point in her life when her heart stops being able to properly pump blood around her body, it is possible to ‘see’ her swollen feet and the plasticine-like consistency she describes.

Tucker takes readers through her early life as a child, a little pudgy and anxious to achieve; the very first signs of her disorder; her isolated years at school after the realisation that having friends often involves consuming calories; her time spent in hospital; and her rocky path to recovery.And still, artful is also the right word: Tucker has pieced together her life with an eating disorder using fascinating lists and faux play re-enactments, alongside a narrative with an enchanting mix of thought and detail.

When it comes to her recovery, Tucker’s honesty is particularly memorable. Recovery does not come after some grand epiphany. Rather, it delicately emerges when she realises that she won’t be able to drink Diet Coke on an inpatient unit. She therefore starts eating to avoid such a fate, although recovery – even today – continues to be an ongoing process for Tucker (who is now 21).

The Time In Between is a valuable memoir for those who are eager to learn more about the interiority of eating disorders. Tucker is particularly adept at drawing out her character and attitudes, not merely focusing on her behaviour. While it is unique on psychological detail, it also tells a story we’ve heard before, almost an archetype: a young, clever, perfectionistic girl tries to make a disappearing act.

I have read many eating disorder accounts over the years – I find them fascinating. In some way, the accounts are an exaggerated version of the dissatisfaction and alienation many people feel towards their bodies and lives. This is, of course, not to say that an eating disorder really approximates ordinary dissatisfaction or is caused by something so simple as “social pressure” or “a diet gone wrong”. The true and complex web of experiences that encompass a life with an eating disorder is a tricky one to convey.

Most media outlets do a dreadful job of representing such complexity. In her book Abject Relations, anthropologist Megan Warin points out that public fascination with eating disorders can be damaging, reducing eating disorders to something of a “spectacle”. She writes, “Anorexia is reduced to a carnivalesque image that is represented by femaleness, thinness, illness, horror, fascination, and death.” It boils down to an image of emaciated bodies, packed with numbers like BMIs and lowest weights attained. Sadly, these numbers are still referred to in profiles of individuals with eating disorders in the media, despite the fact that evidence-based guidelines advise writers not to include metrics of thinness (weights, calories, sizes, measurements) – doing so carries a risk of triggering vulnerable readers to strive towards the same outcomes. As Marya Hornbecker writes in her memoir of eating disorders, “We turn skeletons into goddesses and look to them as if they might teach us how not to need.” 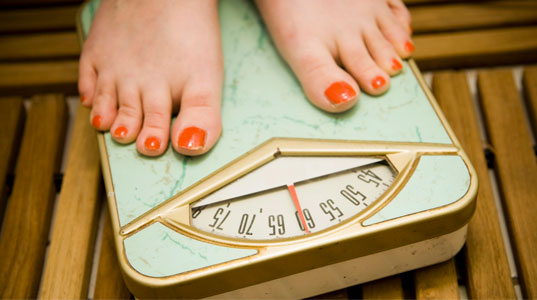 But, as many longform eating disorder narratives reveal, thigh gaps and collarbones aren’t really the story anyway. While there’s plenty of detail about the weight loss (Tucker, for example, acknowledges that in the wrong hands, her book is a manual for “how to be ill”), there is always more to the story. In Wintergirls by Laurie Halse Anderson, the rejection of eating is mixed with intense grief and hidden worlds of ghosts. In Unbearable Lightness by Portia de Rossi, weight is mixed up with fame and family relations and ultimately, shame, which de Rossi admits, “weighs a lot more than flesh and bone.” For Hornbecker there’s an underlying instability (which she also explores in Madness) compounded by self-hatred.

Yet those are not full explanations, just short synopses. As Hornbecker notes, “There is never a sudden revelation, a complete and tidy explanation for why it happened, or why it ends, or why or who you are. You want one and I want one, but there isn’t one.”

The proliferation of eating disorder narratives is important politically. At once they speak to our fascination with eating disorders as well as our inability to effectively treat them. As Naomi Wolf argues in The Beauty Myth, if there were so many accounts of our brightest, Oxbridge-or-Ivy-League-bound young men getting to within an inch of death, or even dying (2,289 Australians died of eating disorders last year), we would have done more about it by now.

As it is, these memoirs attest to a poorly understood epidemic that fascinates people more than it agitates. And yet, the writers are not victims. They trace a fragile and valuable map towards survival. 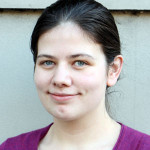 Erin Stewart is a freelance writer based in Sydney and Birdee’s Bookworms columnist. Her work has appeared in The Age, Voiceworks, Ramp Up, and other publications.