No, really. Who made your clothes?

It might seem like a simple question, but have you ever really thought about it? It can feel like clothes begin their lives on hangers in shiny chain stores, and from there they make a quick trip to our wardrobes (or in the case of online shopping, they magically appear on our doorsteps). It’s a fact of our lives, and part of how we were raised, to not think twice about the lives of our clothes – and by extension, all of our “stuff” – before they ended up in our stores. 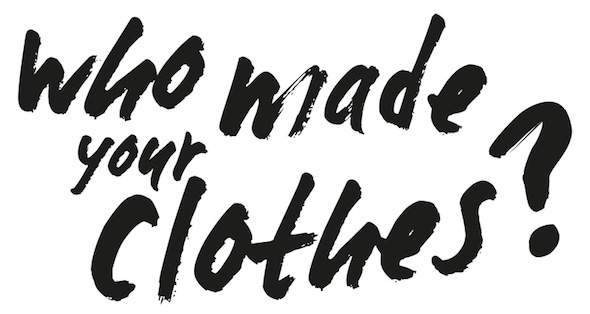 Depending on the brand, your clothes may have come from any number of countries around the world. However it’s a sad fact that most labels that source their clothes from relatively poor, industrialised countries don’t provide a living wage to their workers (i.e. enough for that worker to be able to buy food, basic entertainment and live in decent housing). Many companies don’t even know exactly who makes their clothes, because the chain of work becomes buried in subcontract after subcontract, and sadly, many are linked with forced and child labour.

Also, the majority of people who work in unsafe, underpaid garment factories are women. Having fewer employment options than men, women are often forced to work in the jobs that nobody else wants, in unsafe conditions and in workplaces where they face frequent sexual harassment. As Olivia Singer from Dazed writes, “While western feminism is often quick to focus on the inequality around us, there is often a perverse blindness as to the impact of our purchasing power and privilege further afield. When feminist women shop in stores that directly profit from the exploitation of other disenfranchised women, we betray our own politics in a grotesque case of wilful ignorance.”

To mark one year since the Rana Plaza clothing factory in Bangladesh collapsed, killing 1,133 garment makers and injuring thousands more, last Thursday was Fashion Revolution Day. Thousands of people showed their support by wearing their clothing #insideout, and many Fashion Revolution Day events around the world received extensive news and media coverage.

The idea behind Fashion Revolution Day was that fashion has the potential to be a force for good in the world. As both lovers and consumers of fashion we have the power to change how it’s done. By asking, “who made my clothes?” and refusing to buy from retailers who cannot or will not answer that question, we can make a difference – we can hold brands accountable for the rights of their workers, and start providing safe working conditions and living wages.

But I personally believe that it’s something we need to be thinking about not just for one day, but every day of the year. Every time we eye pretty clothes on a mannequin, agonise over a cart-full of clothing in an online store, or simply have to buy new underwear, we should ask, “who made these clothes?”

How to contribute to the fashion revolution every day

Seek out your nearest charity stores and go nuts! Because there is no new net-production of clothing in secondhand shopping, thrift shops are the most sustainable option out there. Yes, at some point, some of these clothes could have been made using forced or unethical labour. But these clothes have already been bought by someone else, so your money never goes to the retailers who originally sold the item and does not in any way support their practices, good or bad. In fact, secondhand stores prevent clothes from going straight into landfill once their owner is done with them! Plus, the money you spend on secondhand clothes usually goes to charities that help disadvantaged people.

MAKE YOUR OWN CLOTHES

I’m a big advocate of making your own clothes, not only because it doesn’t contribute to unethical fashion practices, but it gives you total freedom to create your own wardrobe and style. I’m trying to figure out how to make my own entire wardrobe and have documented much of that process on my blog with (hopefully!) easy-to-follow tutorials.

P.S. Get your fabrics from thrift stores, or make sure that they are certified fair trade. One of the most unaccountable processes of the fashion supply chain is in the production of raw materials.

Sometimes you might have to shell out a bit of extra cash to buy ethically, but it’s great to support fair trade companies who are helping to lift their workers (particularly women) out of poverty. At the moment, fair trade clothing companies really only cater to a niche market, but the more that people choose to shop from these stores, the more that workers can be hired, and the more competitive other companies will have to be in offering their employees decent wages.

It also turns out that not all ethical fashion is super expensive. Being a student, I can’t really afford a $200 fair trade dress, so last year I did a bunch of research and compiled an Ethical Fashion Directory of super cute, cheap and ethically-sourced clothing and accessories.

Educate yourself! Not all brands are “evil”, but it’s good to know which ones to be wary of. Free2Work is a fantastic site listing many large retailers (such as Zara, H&M, Forever 21, Supre, Cotton On and Target) and how they compare to each other on matters like accountability, transparency and worker’s rights. 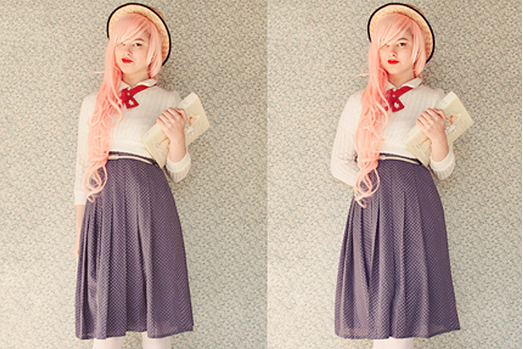 Labour Behind the Label also lists a number of big brands and how much work they’ve contributed towards implementing living wages. These are very useful resources, because while many brands might have an “ethical practices” declaration of sorts on their websites or in their stores, many don’t actually practice what they preach.

April 24th was Fashion Revolution day, but it shouldn’t stop there. I am of the opinion that most people will work on changing how they shop once they are aware of where their clothes come from. I shopped in chain stores and was actually a fast-fashion advocate until I realised that the clothes I wore weren’t magically materialising themselves on hangers – that people made those clothes, and that if a garment cost as little as $10, then the person who made it was probably not being paid much at all.

So take the opportunity that all the buzz around Fashion Revolution Day creates to post something to your Facebook page, talk to your friends, or even send messages to clothing companies asking them, “who makes your clothes?”

Companies will change if enough consumers demand it, but that change must first begin with awareness from consumers – you.

Are you conscious of where your clothes come from? 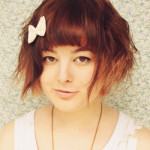 Annika Victoria is both a science student and a fashion-blogger from Sydney. She has great aspirations of curing all disease and one day winning the Nobel Prize, but also gets great pleasure from wearing a pretty dress and making her own clothes. She wants to be the next Brian Cox, and is super passionate about getting young women interested in science. She blogs about fashion alongside science in an attempt to dismantle stereotypes about both on her blog The Pineneedle Collective.