Is Brazilian waxing to blame for the rise in demand among Australian young women for labiaplasty?

Melbourne GP Magda Simonis told the ABC last week that the trend for young women in particular to remove all hair from their vulvas was leaving many self-conscious about the appearance of their labia, even when they looked clinically normal.

Dr Simonis, who has consulted with patients as young as 17 seeking referrals for plastic surgery, believes part of the problem is that young women are not aware of what a “normal” vulva looks like, and are convinced they should have what she calls a “Barbie doll” ideal.

“The removal of pubic hair is becoming so much more common, in fact in the Y Generation it’s probably 80 per cent, so removing the pubic hair has played a big part in this discovery of self,” she said.

Indeed, a Sydney University study of nearly 800 women revealed 75 per cent didn’t like their partners looking at their vaginas during sex because they worried their appearance would be a turn-off.

And, a 2013 report by Women’s Health Victoria found girls and women seeking cosmetic surgery were motivated by the desire for their vulvas to look “normal” – with many admitting they felt “odd” and like “freaks” because their own genitals didn’t look like the genitals they had seen in the media. 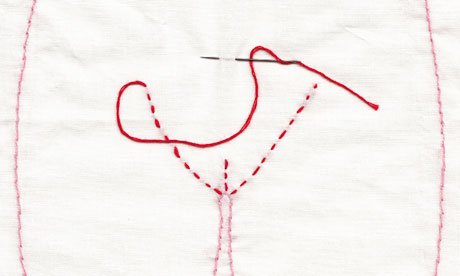 Dr Simonis stressed that there’s actually no such thing as a “normal” vagina and that labia come in all shapes, sizes and colours. Yet many women believe “normal” means that no inner lips (the labia minora) should be visible.

“The standard that is mostly promulgated is one of a neat, single slit and nothing hanging out,” she said.

Experts have previously blamed women’s lack of awareness for a what a “normal” vagina looks like on the proliferation of online pornography and the industry’s failure to depict a range of different labia.

A quick scroll through the photo gallery (NSFW) at website The Labia Library is evidence of this fact.

Launched in September 2013, The Labia Library aims to showcase the natural diversity of women’s genitals by featuring real, unaltered images of different vulvas.

“We were really concerned by the increase in women seeking cosmetic surgery procedures for their genitals,” The Labia Library told Birdee.

“The idea of the website is to give facts and give women a chance to understand what a normal vulva looks like… Sometimes it isn’t obvious from what you see in magazines and pornography.”

It seems we ought to be spreading resources like The Labia Library far and wide: given the number of Australian women having Medicare-subsidised labiaplasties has tripled in the past decade, the more people who understand there’s no such thing as a “normal” vagina, the better.

Do you get Brazilian waxing? Does being hairless make you feel more self-conscious about your labia? 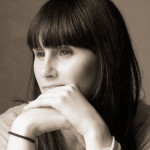