I was 22, had a good job and was in a long-term relationship when I had an abortion.

It started like I expect it does for everyone – my period was late. I was on the Pill but sometimes got really paranoid when the crimson tide hadn’t come a couple of days after it should have, so I bought a pregnancy test. I’d done this a couple of times before, to calm my nerves. It made me feel better to get the confirmation of only one little pink line on that $17 stick.

Except this time. This time there were two lines and I was pregnant.

I called my boyfriend crying. From the shock mostly. I did not, under any circumstances, want a baby. He rushed home and found me comfort eating ice cream, the pregnancy test still in the bathroom. 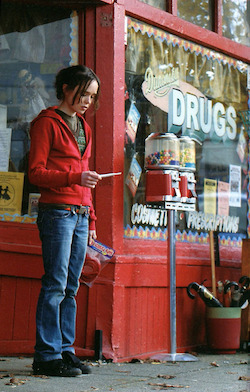 After making sure I was okay, we talked. I reiterated the fact that I did not want a child. He felt exactly the same. We’d spoken about it before, what we would do if anything were to happen. Neither of us was ready to become a parent, we had entire lives we wanted to live before that point. And whilst we both had good jobs and were about to finish university, we knew that an ability to care for a child financially was not a reason to have a baby. So an abortion it was.

I am lucky enough to live in one of the only two places in Australia (Victoria and the ACT) where a woman can get an abortion on request, for no other reason than she does not want to be pregnant.

Lucky as I was to live where I do, I just called the Marie Stopes clinic to book my abortion. They told me that as I was probably less than four weeks pregnant, I would have to wait a couple of weeks as they didn’t do terminations that early. They asked me some basic questions on the phone and booked me an appointment a couple of weeks away.

The next two and a half weeks were not fun. Mainly because I felt a bit sick and was stressed about the fact I had a foetus inside of me that I did not want. I wanted it over already.

The morning of my abortion, I got dressed in comfortable clothes and my boyfriend drove us to the clinic. Despite the time, around 7am I think, there were protestors out of the front of the building. They were all white, over 60, praying loudly and holding signs. Their mere presence infuriated me and I resolved to let them have it if they said anything to us. Somehow they ignored us (maybe we didn’t look enough like we were going to get an abortion?) and we walked right in.

The door to the clinic was locked and you had to buzz in with your name and appointment time – only then would they open it. The office was like any other doctor’s waiting room – chairs, old gossip magazines, plants scattered around. There were two other women waiting, both with male partners and both older than me – I would say early 30s. Nope, no knocked up sixteen year-olds.

After a short wait they called my name. My boyfriend got up to come with me but they asked that he stay in the waiting room for the time being. The nurse, who was a young woman herself, took me into a treatment room and sat down with me. She, very gently may I add, asked if I was making the decision myself. She wanted to ensure my partner or anyone else wasn’t pressuring me to have an abortion. Once I assured her it was my decision, and I was very sure of it, she fetched my boyfriend from the waiting room. 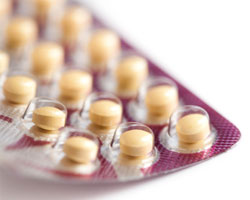 We (well mostly me) then answered her questions on my medical history, including what form of birth control I was using when I got pregnant (the Pill, FYI). Then she went through the process with us. I had opted for a medical abortion, over a surgical, which meant I would take a pill (known as RU486) that would end pregnancy in 93-98% of cases. Because I was only five weeks pregnant, this was an option for me. If you’re more than 9 weeks pregnant RU486 is not as effective and a surgical abortion is the only option.

After the questions and going through everything with us, the nurse took an ultrasound to confirm how far along I was and that a medical abortion was okay for me. I lay on the bed whilst she smeared the extremely cold gel onto my stomach and checked my uterus. A curtain separated me from the monitor, so I wouldn’t see the ultrasound pictures.

After this we went back to the waiting room until the doctor was ready for me. Again, only 10 minutes later (not only were all the staff incredibly lovely, they were really good at not making you wait long) I was called in. The doctor explained the process again and outlined what I could expect. I would take the first pill at the clinic in front of him, then 24-48 hours later take a second pill at home. The termination would start approximately 4 hours after I took the second pill. I would also have to come in two weeks later to confirm that the abortion was successful.

So I took the first pill, booked in my second appointment and went home with my boyfriend. Nothing would really happen until the next day when I took my second pill, but I had the day off work so I just lazed around the house, eating junk food and binge-watching Buffy the Vampire Slayer.

The next morning, approximately 24 hours after my appointment, I took the second pill. I was prepared to spend the weekend at home and had plenty of chocolate and movies to get me through, as well as a comfy spot on the couch with blankets, my PJs, and about a million night-time pads.

About four and a half hours later it started. The bleeding came first. And oh my, was there a lot of it. I had the pads but they got soaked through from the amount of blood so I had to change them fairly regularly. It was like a river of blood. Seriously. A river of blood with giant clots of more blood. The pain was comparable to extremely bad period pain and I took some Panadeine Forte the clinic had given me, which made me more comfortable. Then I ate a lot of chocolate and mac and cheese.

It lasted most of the day. By that night the bleeding had slowed and I went to bed comforted that I was no longer pregnant. The next day the bleeding was more like a heavy period and the pain was less intense.

I went back to Marie Stopes two weeks later and they confirmed my abortion had been successful. The doctors asked me about my pain and bleeding and made notes. They were as caring and professional as at the first appointment.

I walked out feeling good. I wasn’t pregnant anymore, and didn’t have to stress about having an unwanted child. Despite all the rhetoric from many pro-choice and pro-life supporters, it wasn’t a difficult or emotionally hard decision for me. I didn’t want a child at this point in my life; simple as that.

The most distressing thing about my abortion was the reaction I got from others. The first friend I told was extremely judgemental – reluctantly accepting my choice but making it clear that she would have made a different decision and thought I wasn’t thinking it through. All because she personally said she wouldn’t have an abortion. 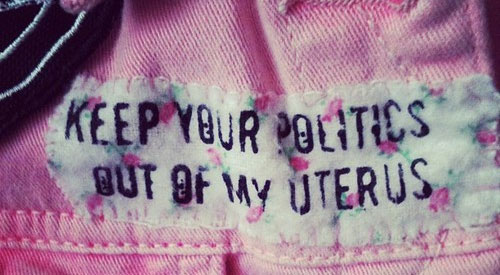 After this, I became scared to talk about it to other people. I feared their judgement even though I was perfectly comfortable with my choices. I worried how my friends would react. Because despite how many women have abortions – about one in three – it’s still a taboo topic. People are scared to stand up and say it. Which is why I wrote this piece. So that someone out there, who finds themselves in the same situation as I did, can know that they are not alone. They do not need to feel ashamed or embarrassed. If they don’t want to be pregnant, they don’t have to be. And they don’t need anyone in their life who makes them feel bad about that.

So that was my abortion. It wasn’t life-changing or especially difficult. It was something that happened to me and that’s perfectly okay.

Lauren Ingram is an aspiring travel blogger, freelance writer, feminist and complete fangirl. When she’s not planning her next overseas trip, marathoning a new TV show or instagraming pictures her food, she tweets at @laureningram and blogs at thatpoliticsgirl.blogspot.com.